In Southeast Texas, we get direct hits by hurricanes more often than dustings by snow; so I felt pretty sure when the weatherman said last night we were in for snow that it was another false alarm. Working late on photography-related stuff, I decided to check the backyard before going to bed: 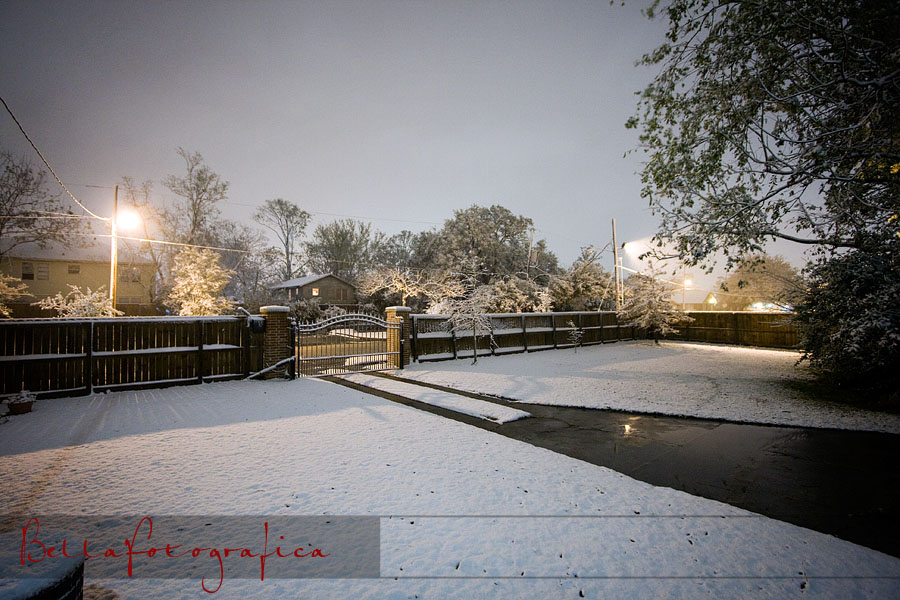 The reflections of light on the snow was so strong it was nearly bright as day. We could see down the street like it was 5pm and not 2am – the land of the “midnight sun” was beautiful. ðŸ™‚ 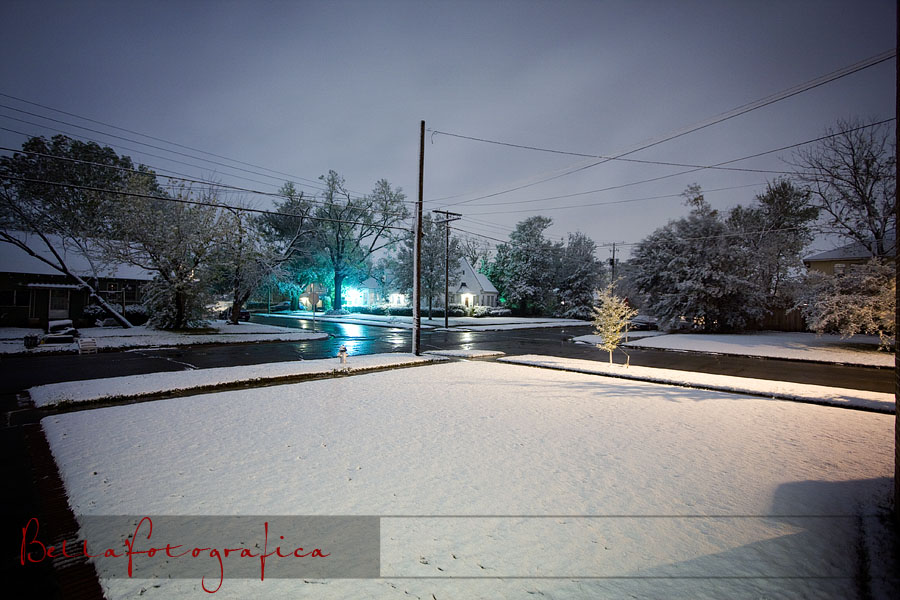 At 2:30AM Drew, Amy and I rode downtown to see what we could see – The “Men with Vision” statue by the Texas Energy Museum looked a bit chilly, but the decorations on our city’s Christmas tree really sparkled as well as the trees lining Main Street. 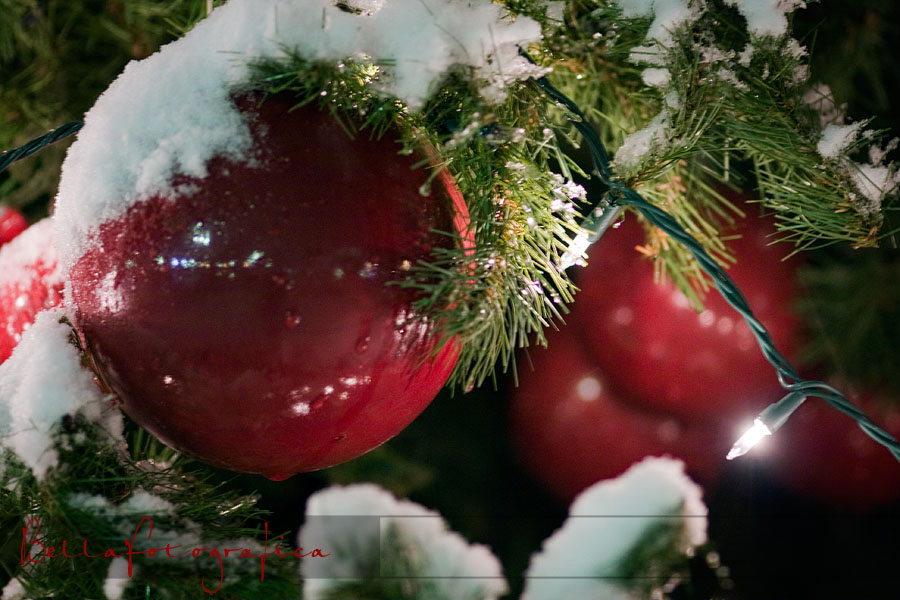 After our photo safari ended at 4AM, the next morning we woke David early to see the beautiful scene outside. If you remember the look of wonder on Ralphie’s face Christmas morning in “A Christmas Story” when he saw the neighborhood covered in snow, that’s the awe David had on his:

We dressed quickly, ran downstairs and David got his first real taste of the cold stuff. It definitely didn’t take long before he was chunking them like the best:

We were freezing! But we plunged on, building a huge snowman and named him:

The snow nearly completely melted today, but it was a blast while it lasted – don’t be a stranger, Mr Snow Miser. ðŸ™‚

The look on David’s face throwing the snowball is priceless. You really captured the perfect expression of a little boy seeing his first snowman. And my very favorite is the window scene. Very good, Allen.

You do very good work.
Love the kids in the snow.
They are timeless.

Gorgeous images Allen, they do look like sets from “A Christmas Story” – I hope you didn’t shoot your eye out ðŸ˜‰

Beautiful! I cannot believe how big he is! The snow pics are great. Thanks for sharing them…. they made me smile
Mark T

I love the little snowman…how cute. The images are gorgeous. It’s too cold here (19 degrees) to enjoy outside. We haven’t had much snow anyways. I think you actually have us beat on that for now. ðŸ™‚

These are great. It may sound like a weird thing to compliment, but I really like the tones, exposure, and colors in the 2am photos of your yard. These are great!

Snow? In Texas? I used to live down that way and that is really a rare treat. I love the look on the little ones face as he’s peaking out the window at it! Great capture!

Oh my gosh the memories you have captured for your son…priceless! Love the “huge” snowman and his name cracked me up!

How beautiful and magical, Allen! You’d done such a wonderful job of capturing the scene that I feel like I’m really there!! Brrr, I’m even getting cold! Beautiful work!!

Thank you, it’s the most snow we’ve had in Southeast Texas in many years. It didn’t last long but was beautiful while it was here ðŸ™‚

How did you get the light blue in the neighbors yard Allen? These pics are so pretty. I do believe you are the best!!!