Just a few pictures of our little ones (mostly David) enjoying the little bit of snow we received yesterday evening. Our neighborhood was one of the last for it to begin in, so it was barely enough to make a snowman, which we promptly proclaimed him to be “Oatmeal Jr.” 🙂

It wasn’t much, but since it was the earliest snowfall on record, we have plenty of time to see a bit more (White Christmas anyone? 🙂 ). 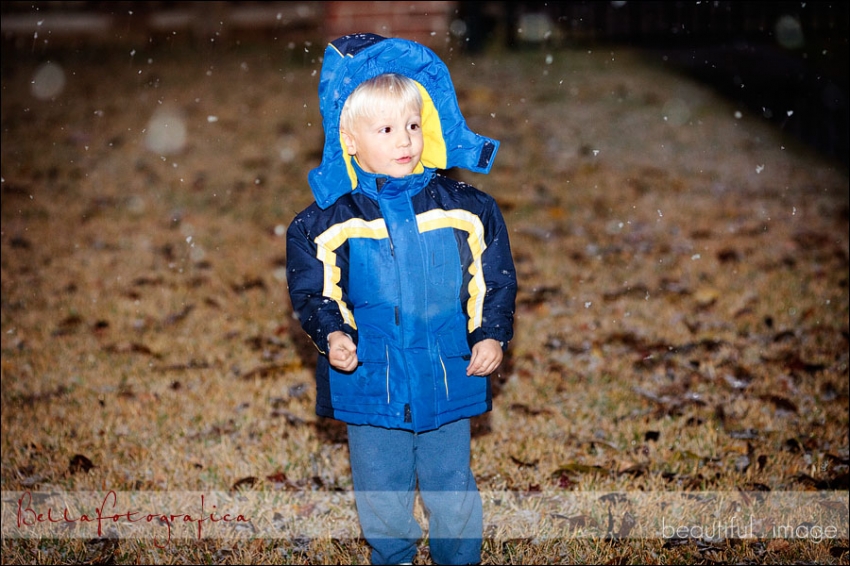 Now if this isn’t a little man enjoying some snow, I don’t know what is 🙂 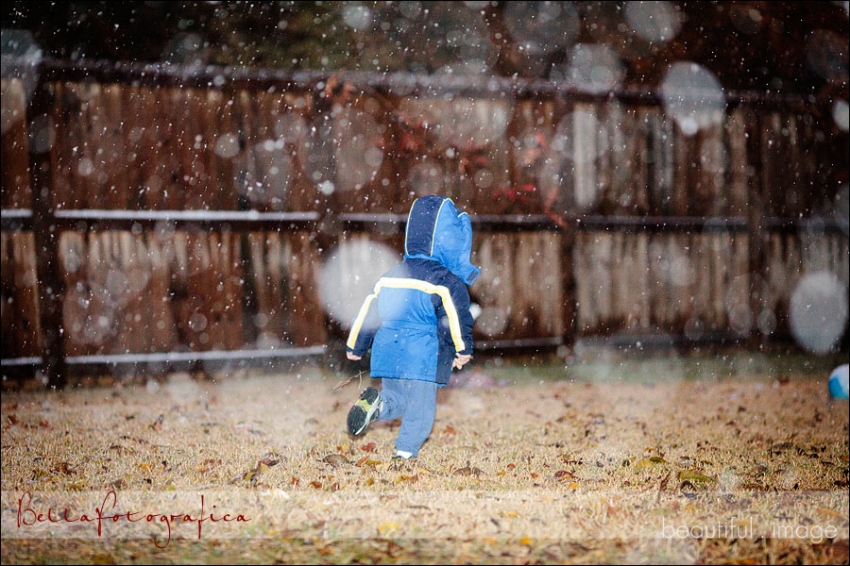 Even Melanie and Elise made it out to see what was going on: 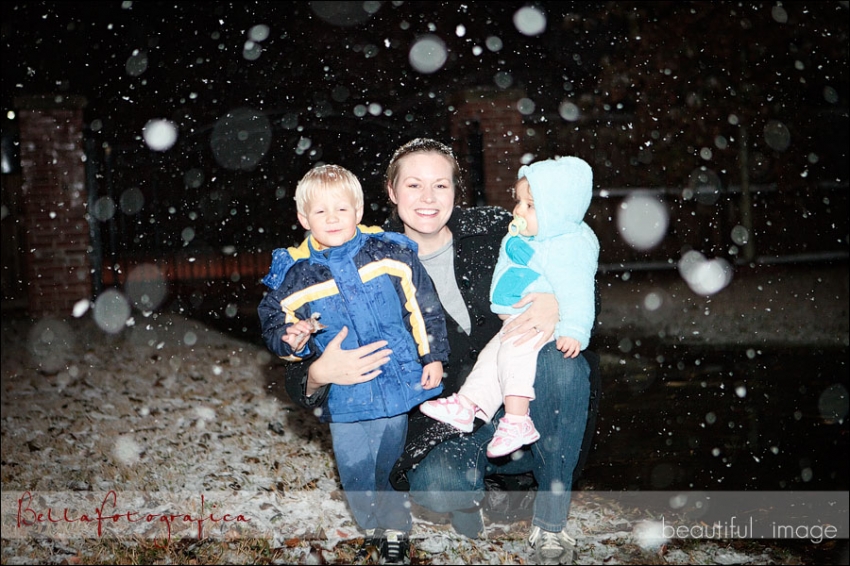 I think Frosty the Snowman would be proud of our attempt at Oatmeal, Jr. – Happy Birthday! 🙂 :

Elise is not too sure about the cold stuff, but since her brother is having fun, it must be ok 🙂

Ok, not nearly as pretty as last year, we’re hopefully have more to show soon from Beaumont, surely when we go to Nashville in January 🙂

I was doing the morning show at channel 4 that day, and I couldn’t believe it. The snow actually covered the ground as I.
reported for work around 3am. W diod our whole show on thew snowfall which if course would have been a lafer in my old.
hometown of Milwaukee. But it was a big deal down here. Nick Kosir our rappingh weather guy went out into it. Spent time
interviewingf folks and having fun by rolling in the snow. One side note. Our satellite receiver froze up so we had to carry.
right on thru to 8:30 when our techs got it working and and we transitioned into the Today show on NBC. I’ve got some.
great pics, but they’re all on a video dvd of the event. I also recall a much bigger snow event in 1973 when three to four.
inches fell in Beaumont. This one tied up the city for a day.

That snow in 1973 was January 9th, my sister Judith was born that night and I can remember it snowing as we were leaving the hospital 🙂